It is May 10th, and it is a Tuesday, and any old man worth his salt is at the Old Men of the Mountain breakfast at the Home Front Café in Altamont.

Except for the cold the OMOTM had clear driving today on their way to the Home Front, however, some of the OFs had early morning temperatures in the low twenties. That will get your attention, especially in mid May. (Almost).

The OFs being just that – OFs – were youngsters during the Great Depression (1929-1939). Those that were farmers got along (for the most part) pretty well.  Most were poor but didn’t know it because everyone else was poor by today’s standards.  A couple of the OFs never even knew there was a depression because their parents had pretty good jobs during the whole event.

One OF said his relatives made marine engines out of Harley engines and these engines, even then, were in demand. This OF also said his uncle had one of the fastest racing boats in the country for 29 years, and according to this OF, he was never beaten even by company sponsored boats.

The OF said that most of the boats used a nitro combination in their engines as did his uncle. The OF said his uncle used a higher nitro combination without damaging the engine. His secret came from farming. Instead of using the pistons that came with the engine his uncle removed them and replaced them with Oliver tractor engine pistons, which were much more rugged than OEM (Original Equipment Manufacturer) pistons, so he could burn this higher nitro ratio.  His uncle’s boat recorded speeds up to 134 mph on water way back then.

Now there are OFs that are collectors, and there are OFs that just have stuff. Then there are OFs that have accrued many items over the years that is neither hoarding or collecting; it is just bits and pieces of left-over items purchased in order to do a project of some sort and all of the material was not used and just put away for future use.  Then there are items that their kids have given the OFs over the years that the OFs didn’t have the heart to get rid of. Parts to this, that, and the other thing, just put on a shelf with the thought of using it later and later still hasn’t arrived.  There are tons of clothes that the OFs have grown out of and still take up space in the closet. Eventually sheds, cellars, garages, and barns are nothing more than paths that the OFs wind their way through to find a place to stash something else. The OFs maintain that they know just about where everything is squirreled away, and if/when needed, what path to go down and retrieve it. The OF thinks someday he may use those old lawn mower wheels, unfortunately this scribe thinks that someday is not in the OFs future…SO…some of the OFs were talking about downsizing ─  how this was going to happen never materialized. The term garage sale was never mentioned.

There are a plethora of clichés pertaining to those who are joining the ranks of OFs, i.e., better on this side of the grass, age brings wisdom, (scribe’s comment: not necessarily smarts,) etc., etc. One thing age does bring is retirement. Some of the OFs are retired, and some still work after retiring, especially those that were in business for themselves, or those that had a saleable hobby, or interest. A few OFs retired and proceeded directly into working at these hobbies or interests. The word retired makes working at these jobs practically stress free. If the OFs want to go to their grandkid’s graduation they go, if they want to go fishing they go, if they want to hike the Adirondacks to do a hike they go. Those working for themselves can tell their customers, “When it is done it is done, I’ll call ya”. If working for someone else and they start piling on the pressure the OF can say,“Hey buddy, take this job and shove it”. Oh the beauty of retirement.

However, the OFs left out all the aches and pains that go with the age of retirement, and the desire to not want to get out of bed because in laying there the OF realizes it is the best he is going to feel all day.

Another thing the OFs mentioned was that when working at something that they really enjoy they do not have to worry about deadlines; the craftsmanship goes up exponentially with age. But one OF said that is until the eyes dim, or the hands start to shake, or everything becomes an effort, just brushing you teeth is a chore. “I don’t worry about that,” one OF said, “I just take them out of the Efferdent”. 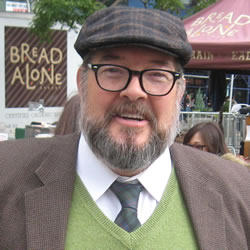